How Do You See Islam? 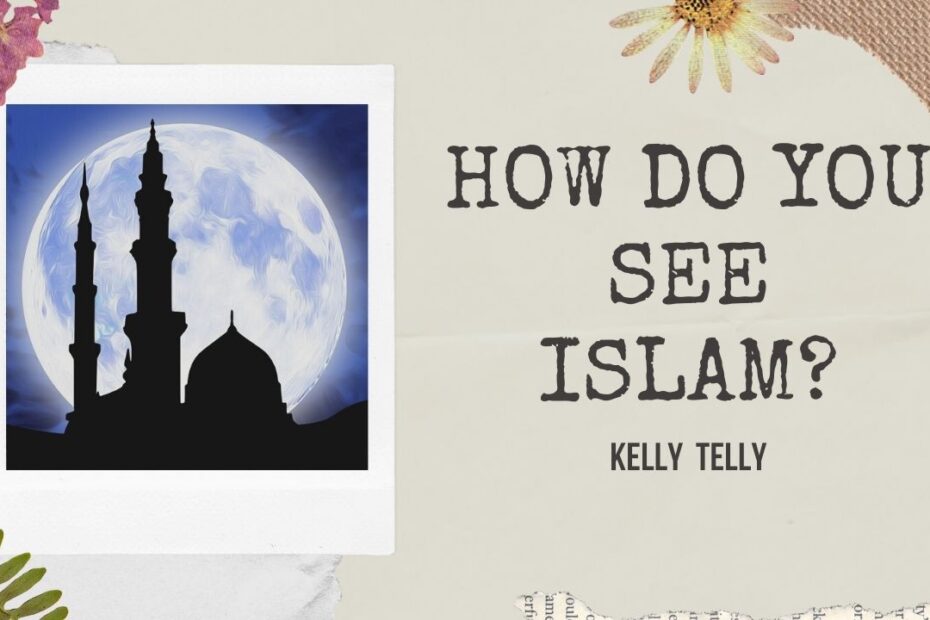 Muslims, let me ask you a question, that probably you have never been asked before;
how do you see Islam?

Trust me, this is not a rhetorical question, where I expect ‘oh I see Islam as a complete way of life being sent down by God himself to ensure we humans live the best life possible.’
That could be an answer, yes. But only if you’re truly feeling it.

This is genuine question that I would like to ask to you. What is your perception of Islam?
Do you see it as a perfect guide of life?
Or a religion that is full of dos & don’ts?
Or a religion containing philosophical evidences behind its dos & don’ts?

Truthfully, I would like people to see Islam as an ordinary religion.
Where their people are just minding their own business, and living their life as best as they can.

I know, it sounds weird. Wouldn’t a Muslim want to see its religion being glorified in this world?
I know, but hear me out.

It is because, when you just see Islam as it is, the real message of Islam would prevail.

Only by seeing Prophet Muhammad as a human first, then you get to know how amazing he is as a human.

I remembered watching a TV programmed about “why we must love Rasulullah.”
Obviously for many reasons such as he is beloved to Allah himself, he loves the nations immensely, he is the one who brought Islam to us… you can list more and there would absolutely be no doubt about that.

I get where they’re coming from, and what a good effort it is to spark the noble love.

But how do you ask someone to love someone?
You don’t do that. You can’t do that.

I don’t want to be guilt-tripped into loving Prophet Muhammad, with people around me telling me how great he is to not be loved and how monstrous am I for not loving such a man.

I want to love him just because he is a great man. That’s it.

What makes him a great man? Yes, it’s Islam. But even without emphasizing too much of his Islam, just show me how extraordinary this ordinary human being to me, and I’ll love him more than life itself.

The same goes with Al-Quran. Take a look at this video.

It is the personal story of how Nouman Ali Khan got himself into studying Al-Quran, simply due out of his immense love toward the Al-Quran.

How does his love come about? Out of the elders reminding him that “you’re supposed to love this book” or “if you don’t love this book, you’re not a true Muslim”?

No. In fact, a well-known fact about Nouman Ali Khan was he was not religious at all. He actually felt distanced from Islam.

But what sparked his love was, as he try to delve into the book just like any other book, he found its uniqueness. He found something he had never found before. He started to love the book like no other and want nothing more than to study it more and teach it more.

I personally owe a lot to Nouman Ali Khan as his lectures and talks did changed my relationship with Al-Quran as well. Hearing his lectures gives me the exact same experience like he experienced; as I try to approach Al-Quran like a normal book, I feel more and more that Allah is talking to me through that book and Al-Quran is indeed from Allah.

Moreover, he validates that fact that it is okay to have questions and doubts about the book. Having questions and doubts does not equate of me losing my faith. Thus, I no longer view Al-Quran as just a book of dos and don’ts in Islam. As for now, I actually view it like the book of 7 Habits of Highly Effective People. 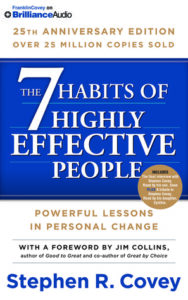 Have you read that book? I was reading it halfway before I realize how similar it is to Al-Quran in terms of life guidance; they have about the same pages (the Malay translation that I was reading is about 500 pages if I’m not mistaken), it has universal messages followed by explanations that makes your mind thinks, and then anecdotes showing the evidence of the said principles.

Instantly I thought to myself; I wish non-Muslims view Al-Quran like how they view 7 Habits of Highly Effective People. “Who is God” question aside, it’s pretty much similar. It’s unfortunate that non-Muslims know Al-Quran only as a book of dos & don’ts, which does not encompass Al-Quran as a whole.

Can you see what I mean by now?

Rather than going around people’s ear, both Muslims and non-Muslims, just shouting “our religion is the best”, I’d rather live my life minding my own business and take myself to the higher ground as possible.

Obviously I’m not here to discredit people who do those. We need people to convey Islam to the public, and of course in doing that, we stand proudly as we shout Islam is our religion.

But isn’t it ultimately our life goal is to just live life peacefully and as best as we can?

I believe Islam gives me those two. Other people might not believe so, and that is alright. And maybe they don’t believe fully in Islam, but there would be parts of it that resonates with them that they would like to practice to. That is okay, great in fact, as Al-Quran is in fact a guidance book for all of humanity (Quran 2:185). That is what it’s supposed to do.
Take some or take all of it, that does not at all bother the guidance in the Al-Quran itself.

I remembered sharing in a site where the majority of it is non-Muslims, about how God loves you more than you know. I did not intend at all to talk about Islam, but I did give out this famous hadith as an example for people at the site to ponder:

Narated By ‘Umar bin Al-Khattab: Some Sabi (i.e. war prisoners, children and woman only) were brought before the Prophet and behold, a woman amongst them was milking her breasts to feed and whenever she found a child amongst the captives, she took it over her chest and nursed it (she had lost her child but later she found him).
The Prophet said to us, “Do you think that this lady can throw her son in the fire?”We replied, “No, if she has the power not to throw it (in the fire).” The Prophet then said, “Allah is more merciful to His slaves than this lady to her son.”- Sahih Bukhari.

I was baffled. Why?

In that particular site, there’s a bunch of people, each of them sharing bits about their own religions. It’s not like we’re preying to convert each other. For example, the famous Christian teaching of ‘love your neighbor as yourself’, is repeating itself in various posts.

As someone who is not a Christian, what would you feel when you hear this?
Of course you don’t believe in Christianity, and this one-liner won’t suddenly turn you into doing so. But you will definitely acknowledge the importance of the teaching; i.e to give unconditional love to everyone.

So why would I be accused of making someone angry? Just because the example that I was sharing comes from Islam? That’s it?

That was when it hit me; both Muslims and non-Muslims could not unsee the fact that Muslims are too protective of their own religion, being either too skeptical of the non-Muslims or too pushy to appeal that Islam is the true religion, making it harder to directly see into the messages and the messenger himself.

Yes, we do need to be wary in protecting Islam as a religion.
Yes, we definitely do appeal to others that Islam is the true religion.

But let’s not worry too much and just let people see Islam as it is.

Let people and Islam be together alone, no need for us to butt in too much,
and the truth will prevail itself.