I’m Jealous of Kpop Idols (and Not for the Reasons You Might Think!) 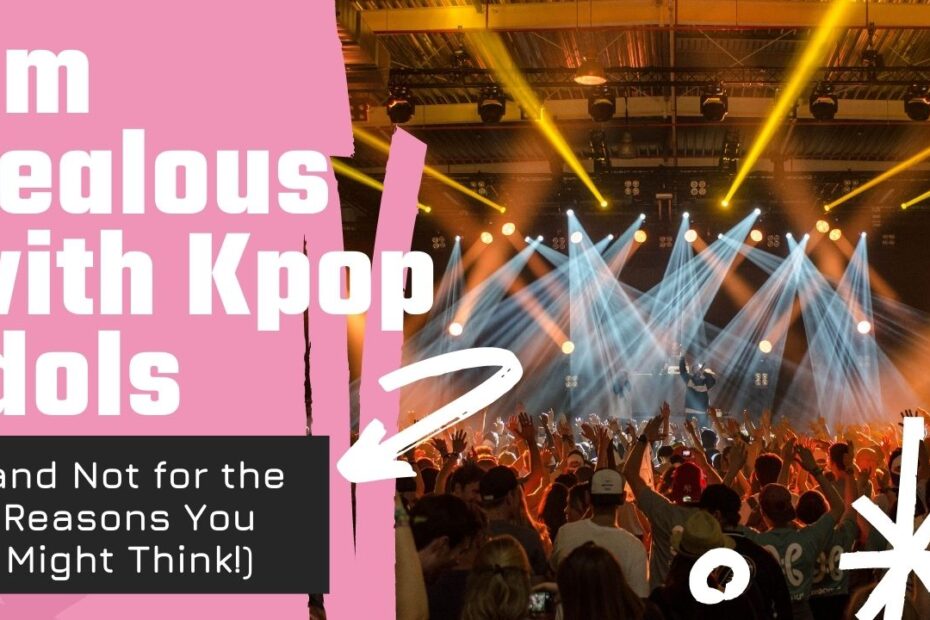 Let me start by asking this first, are there things that you are jealous of Kpop idols?

We all could name a few. Their great visuals, their amazing vocals, their stunning choreographies, their dedication, their talents. We all get that.

What is that thing?
Being weird in public.

Like, trying cat or dog food, smelling random things, suddenly dance in public just because, talking too loud, screaming randomly… all of that shown & known to public.

No, I’m not going to talk about the popular privilege. About how unfair it is, that if you do that, the best reaction that you could anticipate is a glare, instead of they doing that, they are overflowed by their fans’ love.

Rather than that, I want to talk about the action itself; being weird in public.

Let’s face it, we’re all weird. In some ways. Heck, in many ways.
It’s up to us to show or hide our weirdness.
And most of us choose to hide it. It’s completely normal, understandable, and in some cases, obligatory.

But I do believe that, in some, appropriate time, it’s not wrong to be unapologetically weird & crazy from time to time. It’s one of the thing that make us humans; being weird when you feel like it, is just as normal as crying when you sad, laughing when you feel entertained, smiling when you’re happy, etc.

And in fact, I believe many of us have tried to do this already.
But we usually get shunned & asked “What are you doing? Stop that, it’s weird.”

There are time for things. Like I said, it’s not that we do it all the time.
But, when those times come, why not we do it more while we can?

That is why I say I’m jealous. I don’t mean that I’m jealous of becoming a weirdo all the time. It’s just that they are able to express their weirdness appropriately (I mean, most of the time), and people actually don‘t mind. In fact, they like it.

I believe, not just Kpop idols, but we all deserve that. That kind of openness to be weird. Of course, I’m not asking to be liked. Of course I’m expecting a bit of staring. But the very least we can all do, is to not mind at all.

I believe this video is 1 step enough. It’s fun & entertaining. It feels human.
It feels liberating, to be vulnerable, like that.

No worries, everyone. This is not my typical ‘call to action’ or ‘revolutionary’ blog post. It is just one of the simple things in life that I noticed & have decided to write it down. A shower thought, if you will.

I’m not simply saying let’s be weird.
It’s simply; being weird is okay.