Life After SPM/Degree: There Is Much More To Life Than Just Results 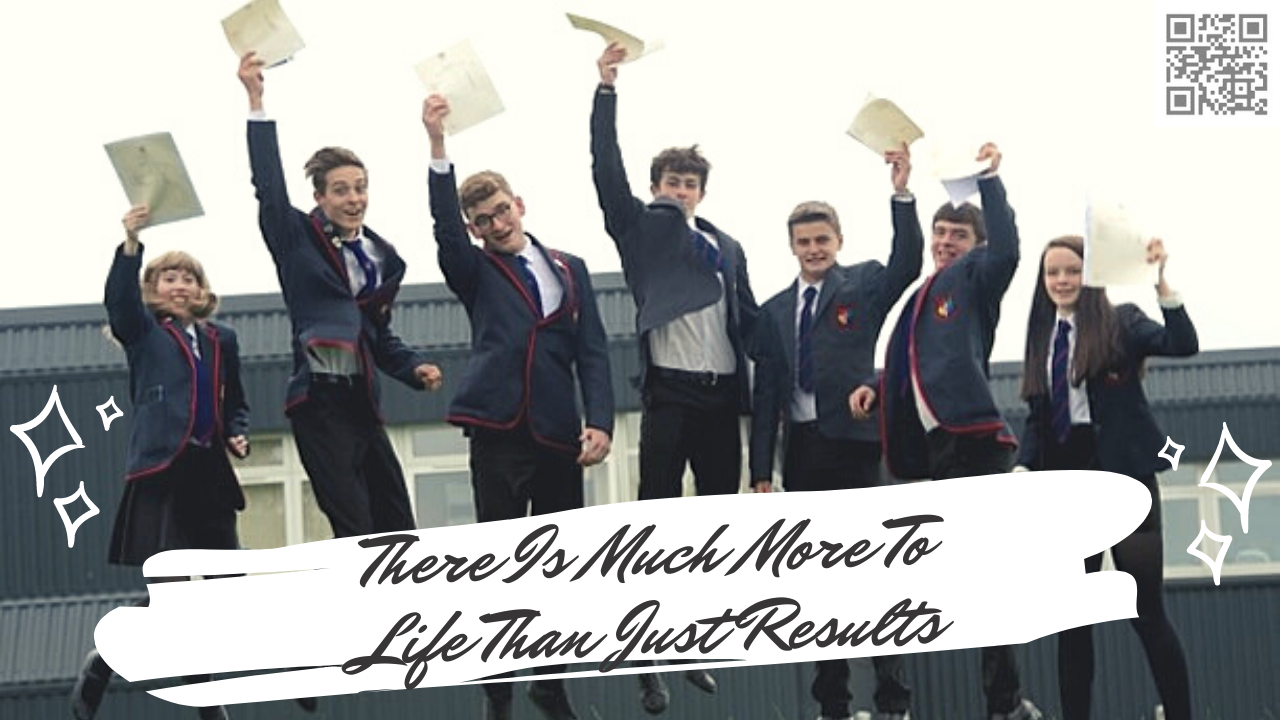 Let me tell you, the story of my SPM results.

I still remember the day when I got onto the stage and get the results. Hurriedly going down the stage, it’s natural to be so eager and curious to look into each subject.

It was at that moment, when I encountered one of the biggest mysteries of my life.

Nope, you’re not reading it wrong.

Even I got confused for a second.

I got an A on the subject of English language. A very good grade which I am very satisfied about. But that’s not the catch.
The catch is, I got an A+ on a subject where its language is far from my real-life mastery and application. A subject that I thought would be a miracle if I got just a B.

How could this happen?

Could the grades of the subjects have been switched?

I started learning English as long as I can remember. Cartoons like Blue’s Clues and Dora the Explorer were my favourite shows to watch. Even from kindergarten, I started participating in storytelling competitions in English.

Up until primary school, my grades, my speaking and my comprehension in English has always been good. Peers surrounded me, asking how to score in Bahasa Inggeris, even up until SPM. And I was always clueless to answer that question, as to what I’ve believed is, there is no way to score an examination on a language subject until you’ve actually mastered the language itself.

Bear with me, I’m not here trying to flex my English.
I just want to show the contrast of me mastering English versus me mastering Arabic.

I got exposed to Arabic just for the sake of memorizing for prayers and supplications (ibadah) as a Muslim. When my love for learning language outside of my mother tongue rises, I focused on mastering English.

Up until secondary school, I learned Arabic well, but I’m not as skilled in it as English. Which means, I studied Arabic mainly for exams, and that’s it. Thus, I have no confidence in applying it in real life like the English language.

You can hear more of my story about this in this video. Now, back to my SPM results, you can absolutely tell that I was very, very, very confused.

Really, I didn’t feel sad, disappointed, or anything. I’s just plain confusion; how do I get such a perfect grade in a subject that I have no confidence towards?

So I reflected; what did I do in the exam hall?

One possible conclusion came to my mind.

Even though I love studying foreign language, even though I genuinely like studying Arabic, I don’t have as much confidence in it as much as I have in English. Thus, when it comes to essay, it was more tempting to goreng; just put a bunch of words that I’m confident enough in the simplest form of sentences.

So, during the Arabic paper, I decided to do the essay part first. In that way, I would be able to focus, thus avoiding that temptation to just ramble. At least what I would write in my essay make sense. Only after finishing the essay, I moved on to the other parts, which I recalled have no problem whatsoever in answering it.

That is not the story during the English paper. I don’t know how, but somehow I lost track of time during writing the essay part, the longest one. As a result, I focused too much on the first half of my essay, and rushed it for the second half.

Just one possibility that I could think about, that could very well be the contributor.

Thus, that is the day where I truly realize and finally internalize (read: menghayati);
results do not reflect 100% of what it is supposed to.

“So what? Are you going to end this story with the cliché note that your results do not fully reflect your efforts and potentials?”

Yes, because the truth of the statement cannot be denied. It’s cliché because it’s true.

No, because ending it on that note would make people not acknowledge the tests and the results. Plus, like you said, it’s cliché. I don’t like cliché.

Removing all confounding variables and biases, tests are designed to evaluate what it is supposed to, as it evaluates solely on what you do on the test. But, it is accurate only after all possible aspects that could interfere with the results of the test are removed, which we all know in real life, is realistically impossible. You could have a minor headache, or fight with a friend before a test. Or maybe having a full-blown panic attack. These are the things that could not be removed from the equation, yet still would influence your results.

This, is why results would never be able to reflect 100% of what it is supposed to.

“So what? Now should we ditch them altogether? We all know now that it’s not 100% reliable.”

Yes, it is not 100% reliable. But are there any other method that is 100% reliable?
As a matter of fact, no measurement tool is ever 100% reliable in this world.

So, rather than making comments on how unreliable exams are,
we should use them and their results to reflect and take action from the said reflection.

For example, coming back to my SPM results, what I’ve reflected was, my command in English is good enough for me. I’m satisfied enough, so I have no need to focus on it anymore. As for the Arabic language, successfully getting an A+ shows that despite my lack of confidence, I am actually competent enough. I have the basics locked in my mind and understood them already. Thus, I should focus my effort on expanding my vocabulary and not to be shy in applying them in real life. In that way, I’ll be able to master Arabic like how I’ve mastered English.

To end this, it is true what people say; there is much more to life than just results.
But, that doesn’t mean you get the right to ditch your results, as they are your stepping stones of the said life.
But again, that also doesn’t mean you just focus only on your results, believing that only good results leads to happy life.

You’ve done your best, now the results are in your hand.

Reflect on them and ask yourself; what’s next?

How are you going to use your results as a stepping stone, for you to live the life that you want?