My Kpop Story: How I Become My Own Biggest Fan 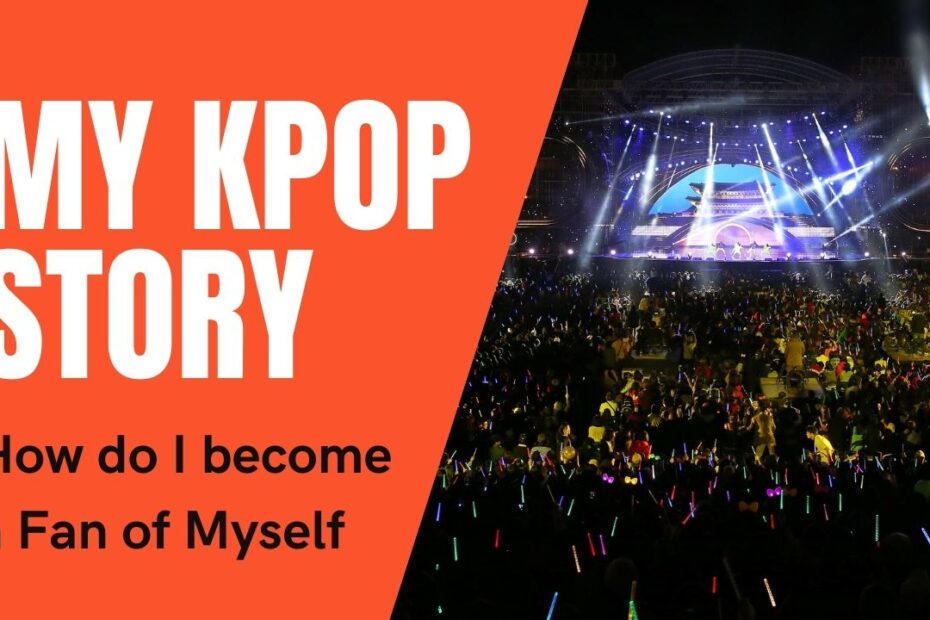 I used to be a Kpop fangirl since I was 8 years old.
Yes, you’ve read that right. Eight. Years. Old.

And by being a fangirl, I don’t mean like continuously buying their albums & merchandise and regularly attending concerts & fanmeetings. All of those are outward manifestations of being a fangirl. (And of course, being an eight-years-old girl in 2006, how can I afford to do such things?)

I know Kpop as soon as I learned about using the Internet. Yes, the first thing I watched when I got an Internet connection was a performance video of Nobody by Wonder Girls. I ended up mastering the choreography & falling in love with them as a group. I was a Wonderful.

And it was more stressful at that time delving into Kpop since no one at all knows about it. But then, Kpop came into Malaysia in 2010. Everyone was talking about Super Junior & Girls Generation. To be honest, it got me quite pissed off because no one seems to know about Wonder Girls at that time. Hahaha.

But then, it kinda slowed down when I was thirteen, most probably because I was enrolled in an Islamic school, and being in that environment alone makes it easier to entertain less & detach from Kpop.
But when I left school, and went into university, Kpop has already evolved into the third generation. 2016 to be exact, was where BTS started to get famous, Blackpink debuted, and complicated choreography was on the spotlight. Heck, Wonder Girls was rebranding as a band! I started to delve into it again. More than usual, and more than I am supposed to.

During my depression (which I’ve written here), the only thing that make me laugh & feel good (but not necessarily happy) was Kpop. I would lay on the bed almost 24 hours, getting up only to pray & eat, watching all videos that I could until I get a severe headaches. When a problem overwhelms me, my ‘solution’ is to binge-watch videos until I don’t feel overwhelmed.
How long does it take until I don’t feel overwhelmed? Maybe a day, maybe 2 days, maybe 12 hours.I feel bad that I’m not functioning as I’m supposed to. I feel bad because I just spend a humongous amount of time just to watch them. It’s like there’s nothing better that I can do.
It’s like there’s nothing I was able to do.

But, like I said, although it doesn’t necessarily make me feel happy, it makes me laugh & feel good. And that is enough for me at the moment.

But, 2017 changed me. Particularly because of 2 things.

The first one is Wonder Girls’ disbandment. I remembered being shocked by the news. Not necessarily because I still had that level of attachment, considering that I was more interested in third-generation idols at the moment. But because it just hits me of how actually long I was in Kpop.
Yeah, for sure, it paused for a moment during my high school days, but it didn’t necessarily mean that it went away. And for all of those time that I did spend my time, my thoughts & my passion in Kpop, what did I get, that actually builds me & brings benefit to me in the long run? Nothing.

I was still unaware of my depression at that time, but I did realize something was wrong with me. And I thought Kpop fixed it. So this was the moment that I realized that it didn’t fixed anything. Yeah, I feel relieved quite a bit, but still I was not functioning as normal, I lost self-discipline, problems that I’ve postponed in dealing with just came to be bigger, and the list goes on.

The second one is I started Kelly Telly. The dream of making YouTube videos was always at the back of my mind, since my high school days. Realizing that I was already an adult & was capable of doing more things, I decided to seriously make it a reality. I started my first video. I started my first blog post.

And most importantly, the ultimate game-changer, I started a second social media identity. Of course, prior to this, I had social media accounts. But they are private & I strictly don’t accept requests & follows from people I don’t know well, up until today. So, up until here, my news feed is all about my circle of friends, updating what normal girls & guys my age would usually update.

So, I build second social media accounts, and I started to follow people that I really wanted to initially follow, but cannot due to me wanting to see only my friends on social medias. I remember that the earliest one that I followed was GaryVee, Jay Shetty & Prince Ea. I also followed many Islamic scholars that I know.

So starting from there, I have double timeline to check. And later on, I started to hangout more on my Kelly Telly timeline rather than my private timeline. Why not? When I go to my private ones, I see random memes, jokes, updates that are fun but not necessary to know, and a bunch of random stuff. But then, when I go to Kelly Telly’s, I see all of these people producing out content talking about purpose, motivation, knowledge, wisdom.
I see all of this beautiful realm with what I can conclude with this word: personal growth.

Keep in mind that I still have my depression when I started Kelly Telly. There was a time of 3 months, really just a few months after I started Kelly Telly, of me not posting anything at all. I feel really unmotivated to produce anything at that time. But I substituted my time scrolling on the other side of my timeline, consuming these type of content.

And for once in my almost 2 years of battling depression, I saw a light out of personal growth. I saw that I can choose not to spend my day & night pouring my heart & soul just for entertainment that have no benefit whatsoever to my own growth. I can choose to get out of a situation where my happiness & sadness are not determined by actions of a few guys & girls living hundreds of miles away from me & have little to no connection with me.

I finally realize that I can choose where to invest my heart & my mind. And I used to invest them on Kpop. But this so-called investment unfortunately have no tangible ROI. When I invest my heart in those seemingly perfect Kpop groups, it does not have that space to love my own self that are made out of flaws & imperfections but are always perfect enough. When I invest my mind in thinking of Kpop, it does not have the space to think about myself, how good I am & how better I can be.

But, making that decision does not mean that I easily dump Kpop away. But definitely, as I get more into personal growth, I automatically try to tackle Kpop in a few ways:

Of course, from this list, it’s very obvious that I still consume quite a lot of stuff.

But, compared to before, where I indulge in them in almost any way that I can, now it’s surprisingly peaceful & more fulfilling. I definitely feel less fun, but more to peace & fulfilment.
Why? Because for now, I can safely say, they are out of my mind & my heart. As I reduce them & I indulge myself in more personal growth stuff (Kelly Telly being one of them), that’s when I realized that I don’t have time to become a fangirl anymore, since I’ve become a fan of myself.

Do take note that I didn’t stay I stopped being a fangirl, because I don’t necessarily stop.

But I say that I don’t have time, because I really don’t. I really, genuinely, don’t have that time & energy to be a fan of others anymore, when I’m too busy being a fan of myself.

Call it narcissistic if you want. I call it personal growth.
Because I’ve never been happier & satisfied with my attitude towards Kpop. And I know I’m on my way of getting better.
I now indulge in Kpop more healthily. I really utilize it to my benefit, which mean I log in just to get what I want; entertainment, laugh & fun. And I can easily go back to my normal life, with them out of sight, out of mind, and most importantly, out of my heart.

So yes, this is my story with Kpop. I’m not here to judge you & what you like. I don’t want to make you feel unsatisfied with your own self.

I’m just sharing my story, because I know how Kpop actually affect my life. And it used to affect me very negatively. So what I’m doing now is no more than just efforts to make it to affect me positively, to the point that I keep positively influence myself that I don’t need them to feel positive anymore.

I still like them, but I am independent from them.
And no matter how much I like them, I would always & always love myself first.

p/s: bonus for Muslims – if you feel super guilty that consuming Kpop makes you a bad Muslim, you should watch this video

1 thought on “My Kpop Story: How I Become My Own Biggest Fan”